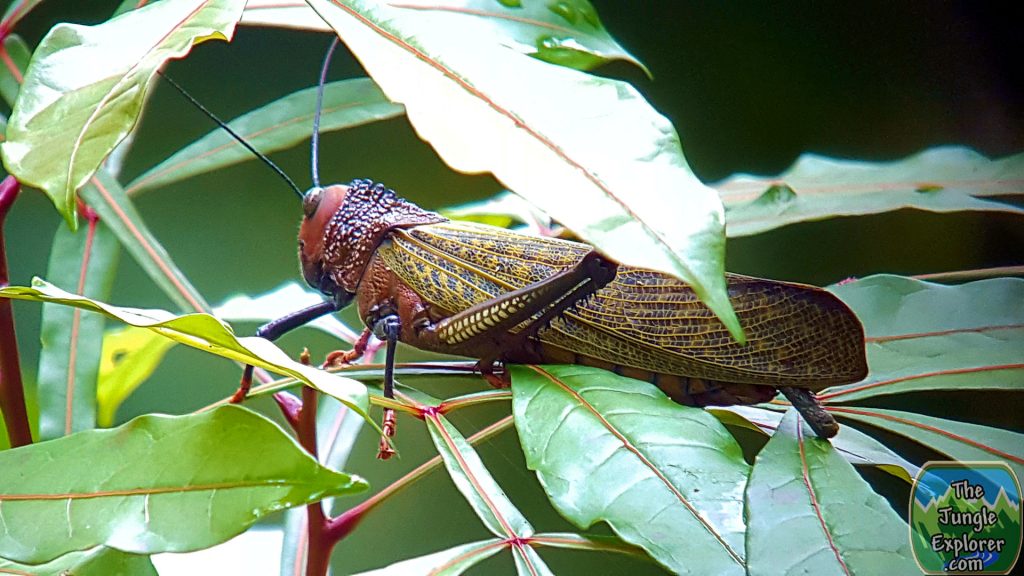 This cool looking grasshopper (Tropidacris cristata) is one of the largest insects in the world.  The Giant Red-winged Grasshopper can grow to over 4 inches long and can have up to a 9-inch wingspan. They can be found in many regions of Central and South America.  Like most other grasshoppers, the Giant Red Wing is active during daylight hours. Giant Red-wings are generally not found in huge numbers, except in certain region during special seasons.

I took this picture while visiting the Manuel Antonio National Park in Costa Rica.  Below is the equipment that used to take this photo.

Photo Captured with the following equipment:

For more information about the Giant Red-winged Grasshopper and other amazing tropical insects, check out these resources below.