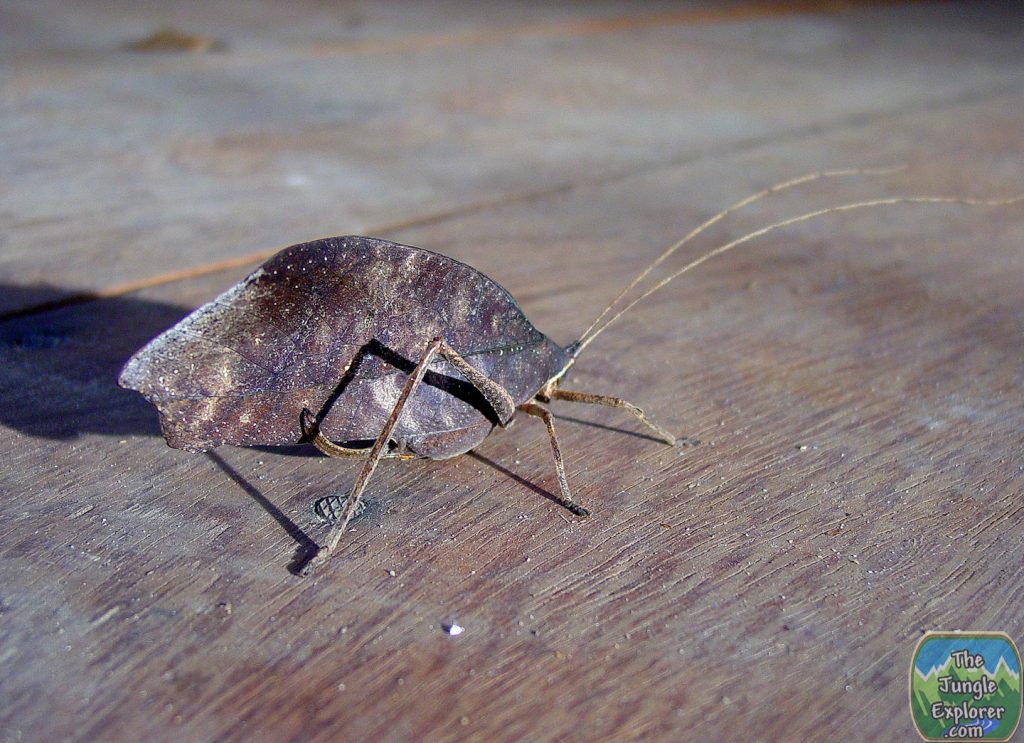 While not the prettiest of insects, the Dead Leaf Katydid is certainly one of the more fascinating of God’s creation.  There are quite a few varieties of the Leaf Katydids.  The range in appearance from looking like a fresh green leaf all the way to looking like a rotten decayed leaf.  This extreme form of camouflage makes them almost impossible to find and is just one more example of God’s creative artistry.

Like most of the insects that I was able to take a picture of in the Amazon, this one flew into my jungle hut.  These Dead Leaf katydids are not rare, but you will just about never never find them out in the jungle because they are so hard to see.

I was lucky one time to actually find one in the jungle, and at night if you can believe that.  I was out hunting in the dark (A guy needs food), when something fluttered right next to my ear.  Even the Jungle Explorer gets alarmed by creepy crawlies he can’t see, so I flipped on my flashlight and points at the spot next to my ear.  There was nothing there but the leafy branch of a small tree. Or so I thought.  I was sure that something had landed there, so I kept looking.  I probably stared at that branch for a minute or more before I saw the Dead Leaf Katydid.  It was sitting there right in front of me.  Carefully capturing it and took it home to photograph it. 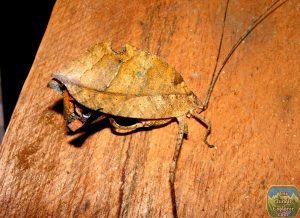 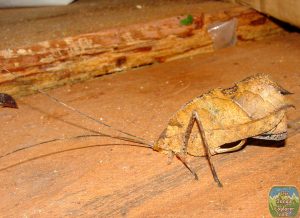 I had never seen a Dead Leaf Katydid before and did not know they even existed.  So, I was not sure what it was when I first saw.  Because the wings looked so real, I actually thought that it was a bug that somehow glued the leaves to itself.  It was not until I spread it’s wings with my finger that I realized that, not only were they the insect’s real wings. Not only that, but also that they were not a just one piece but were actual made up of sections.  It was difficult to get a shot of open the wings without injuring the insect. I did get this one quick shot before I let it go. 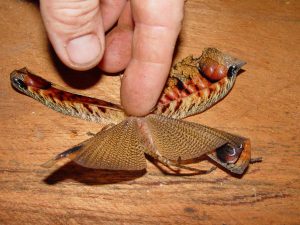 For more information about the Fulgorid planthopper and other amazing tropical insects, check out these resources below.